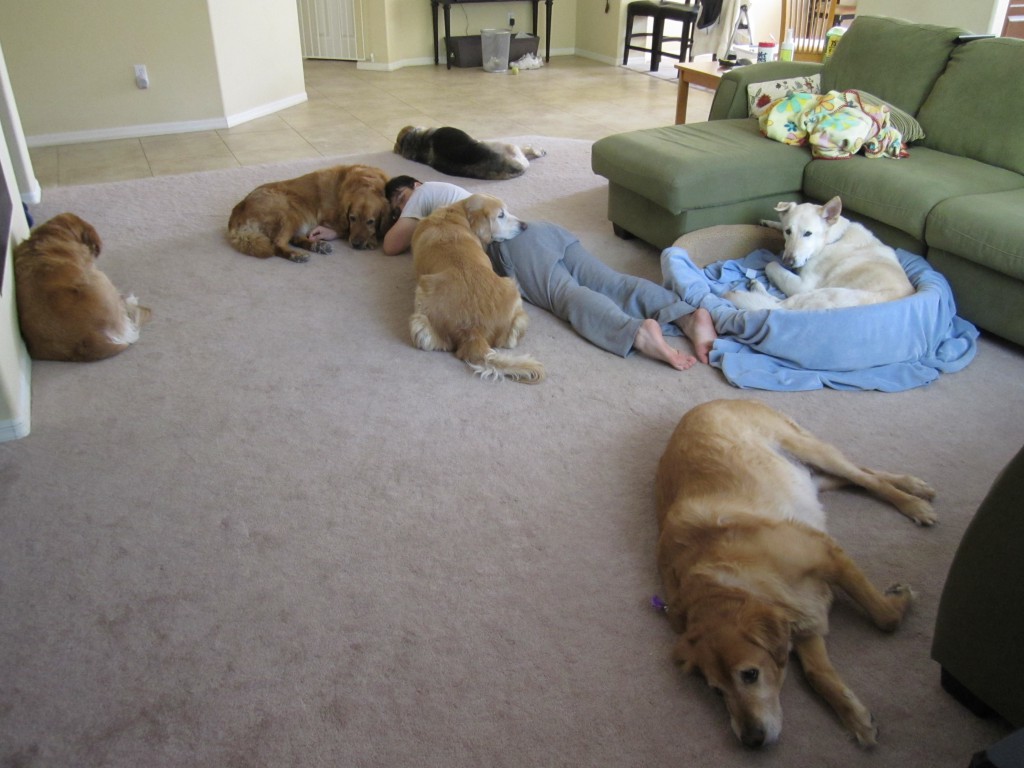 Happy Thanksgiving – don’t eat too much! 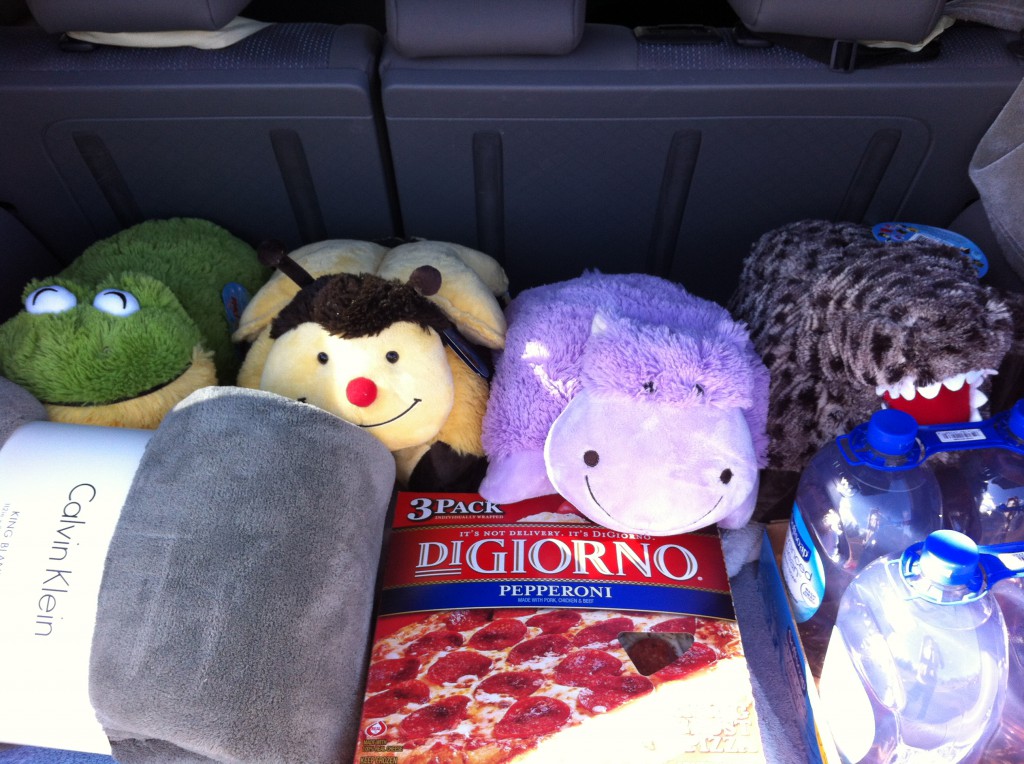 Christmas shopping for the dogs > done! 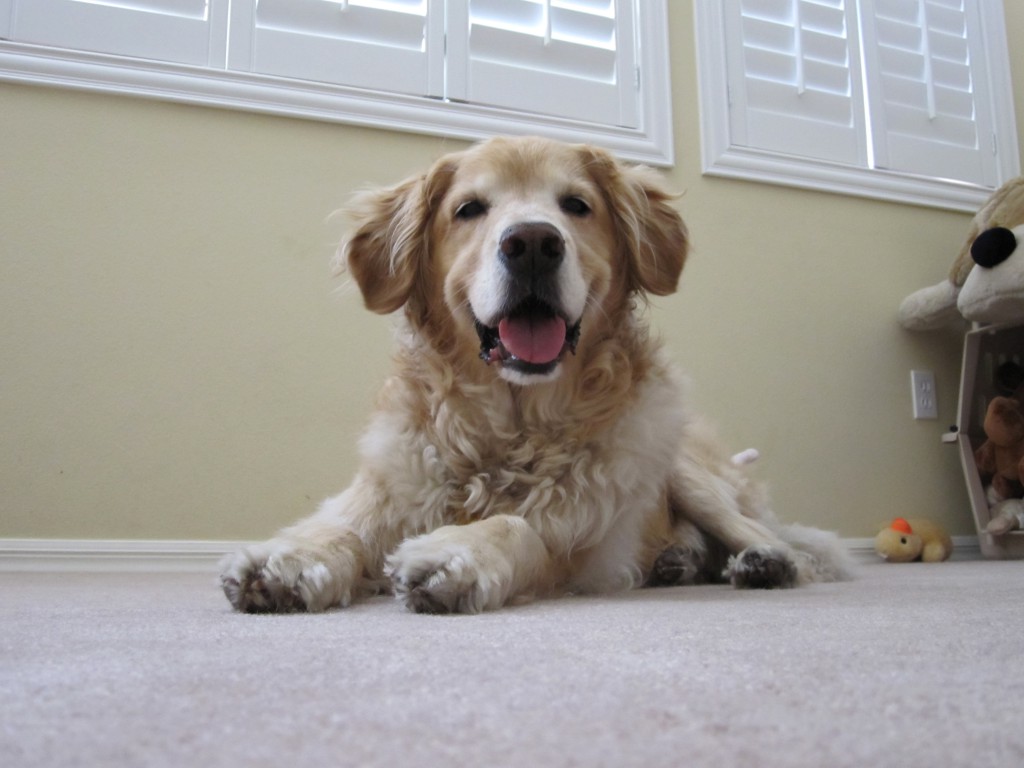 This is a picture of how I look after a haircut and bath from my mama. I’m a beautiful golden retriever

bet you can’t guess my age from this picture!

In the background, you can see my toy box. It used to be my crate but I only used it once for that purpose.

In order to understand my first Halloween, it’s important to understand my daily routine. Mama and daddy took me for daily walks, twice a day — once in the morning and once at night. On our walks, we regularly bumped into our neighbors.

My neighbors knew my name. They remembered mama as P-‘s mom and daddy as P-‘s daddy.  They, however, didn’t know where I lived. This was the way of life for a couple of years.

As time passed, Mama and daddy finally felt comfortable with the neighborhood and decided that they were going to hand out candy for Halloween, which meant that I got to wear a costume. 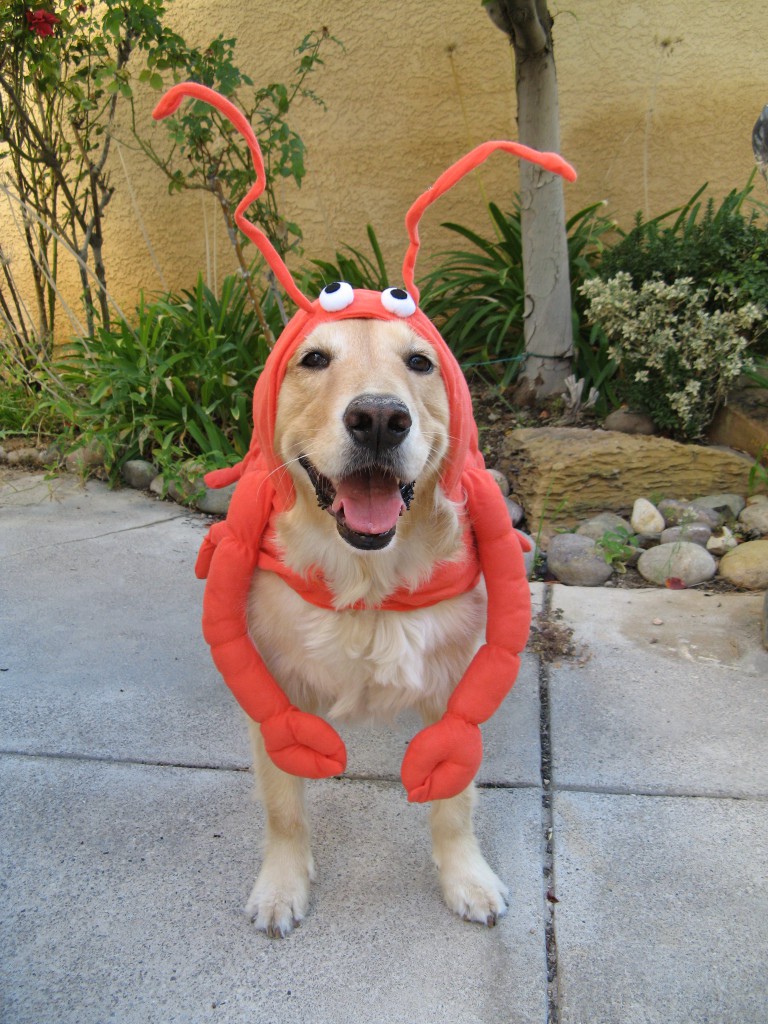 For my first Halloween, mama got me a lobster costume. Mama also got into the spirit of Halloween and dressed up as a french chef.

Mama and daddy were excited about handing out candy for the first time but they didn’t know how much candy they were going to hand out. So in order to ensure that they had enough candy to last through the night, Mama, who loves rules and made no exceptions, made up a rule where each kid can only get two pieces of candy.

When the kids started arriving, Mama realized that she knew most of them. The kids that we had previously met on the bikes screamed “HEY THIS IS P-‘S HOUSE.” The parents who we waved to as they drove by in their cars said “oh this is where you guys lived. we always wondered where yah lived”

If I was handing out candy, I would have given all the candy to the first kid that petted me. 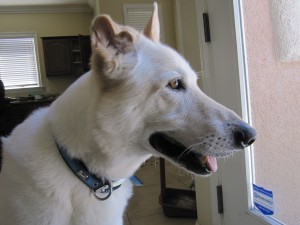 Hello. My name is Bruce and I am a ten-year-old white shepherd. I was found in the streets with no tag nor microchip. I am available for adoption through FUPI in Las Vegas, Nevada. Please click here for adoption information.

I get along well with my foster brother and sisters. On the other hand, I don’t like cats and I have never been around small children.  Furthermore, I get a little shy around new dogs so it’s probably better that I am the only dog in the household. 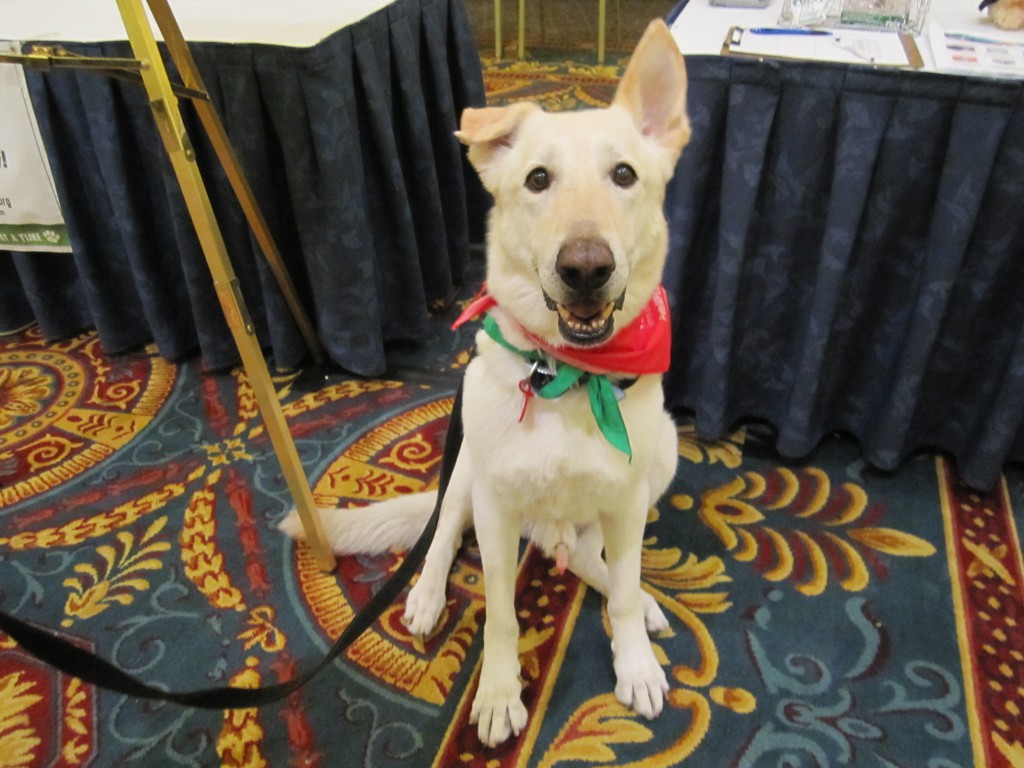 I love my foster mom and I do well around adult humans.  I am house train and I try to obey when foster mom teaches me commands such as sit, stay, and wait while the other dogs are eating.